The Morning After STL

Earlier this week, Tim Logan of the Los Angeles Times reported the amount of money spent to bankroll the ballot initiatives for the two NFL stadium proposals in the 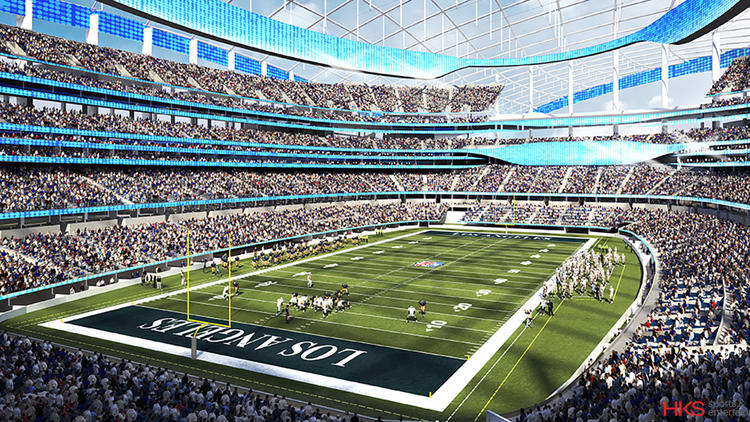 Specifically, Logan reported St. Louis Rams owner Stan Kroenke spent $1.7 million to bankroll the ballot initiative for his stadium proposal in Inglewood. According to Logan, The San Diego Chargers and Oakland Raiders by the end of March had spent $534,000 and counting in their bid for a stadium in Carson.

Logan joined The Ryan Kelley Morning After to talk about the report and the latest he’s hearing on the two projects. We’ve paraphrased some of the interview (a full transcription is coming). You can listen to the whole thing below.

Can you talk more about your article and the money spent to fast-track the two projects?

“Both Kroenke’s Inglewood project and the Chargers-Raiders plan in Carson were proposed by a ballot initiative. You get a bunch of signatures, you get something on the ballot. Through a neat trick of various state laws, if you do that, you don’t have to go through the very vigorous environmental review process…which costs months and tons of millions of dollars sometimes. Stan Kroenke did that…and got the ballot measure squared away and passed through the city council…It only cost him $1.7 million. On one hand that looks like a lot of money, on the other hand it’s a lot less than he would’ve spent on the full environmental process.”

Where exactly does that money go?

“It’s a political campaign. Really in both cases, they spent money on signature gatherers…and some advertising, some mailers, some consultants to tell them how to do these sort of things. It could’ve been a lot more expensive.”

Are there any roadblocks locally to the Inglewood project?

“In terms of local roadblocks, not really. The biggest roadblock he’ll face is back in St. Louis. If the state and the city and everybody can pull together the tax incentives they’re talkinga bout, and put $400 to $500 million on the table, that’s a pretty compelling case to make to the NFL. The NFL can go to Stan and say ‘You know what, we’d rather you stay put and take that free money from the taxpayers in Missouri. Locally, no. He’s fully approved in Inglewood. The other obstacle, of course, is if the NFL decides they’d rather do the Chargers-Raiders plan in Carson.”

Why did the Rams and Stan Kroenke spent $1.7 million, about three times more than the Chargers and Raiders on their Carson project?

“One is that the full cost of the Chargers project is not quite available yet. There may be some more money coming out. But the bigger reason is that Stan went first. He invested heavily to make sure he won. Basically, the Chargers did the exact same thing he did, but he kind of showed him how to do it. That’s just the tip of the iceberg of what Kroenke has spent on this project out of his own pocket. Anyone who thinks he’s bluffing should look at the kind of money he’s throwing around down here.”

How’s the Carson project different than Inglewood in terms of hurdles needed to clear?

“It’d definitely more complicated than the Inglewood deal. There’s complicated real-estate transactions that still are being ironed out. There’s a very complicated public-private financing structure that’s being worked out. It’s different than Inglewood, where Kroenke basically owns the land and has the deep enough pockets to do it himself. The owners of the Chargers and Raiders are not as wealthy. They need to do a few more things. But the local officials in Carson are very supportive of this. They’re willing to do whatever they need to do. Come the fall, when the NFL is deciding, (Inglewood and Carson will probably both have viable plans to put on the table).”

Any sense they want to solve the California problem with the teams already there?

“I think there might be. My impression…is that the NFL doesn’t want teams moving all over the country. They would probably rather not the Rams move from St. Louis to LA, all things being equal. That’s why St. Louis’ ability to put a strong package on the table will help them keep the Rams. San Diego and Oakland are not doing as much so far to put competitive proposals on the table. The Chargers do not want to lose the southern California market. But on the other hand, if Stan Kroenke wants to spend his own money…he’s the one forcing this conversation.”

Is there a buzz in the area?

“I would say a lot of people here (are ok with watching the games on TV like they have for the last 20 years). That said, there certainly among fans of the Rams, Raiders and Chargers…those crowds are certainly excited. Whoever comes, it will be a big deal for a while. And then it will be as big a deal as the team wants in the long run. Any of them will draw pretty well, I think.”